The Apple Isle serves up a crisp offering of mountain lodges, coastal treasures and splendid isolation, primed for any kind of explorer to sink their teeth into.

Suite dreams are made of these in Tasmania

Every suite tells a story at this historic Tasmanian inn.

Seven dishes you must try in Tasmania

This chef says wallaby is the new kangaroo, and best served with pepperberries.

Leisa Tyler walks in the vast Tarkine wilderness in the state's north-west, among some of the oldest forests on earth.

Let's start at the bottom

Tasmania is more than its most popular attractions. Winsor Dobbin reports on some of the island's undiscovered gems.

Ulverstone
Substantial and important tourist destination on the North Coast.
Located 19 km west of Devonport and 125 km north west of Launceston, Ulverstone is a major tourist destination on the mouth of the Leven River. The area was largely overlooked by early Tasmanian settlers. It wasn't until 1840 that James Fenton settled in the area. His early attempts to farm the marshy land to the west of the Forth River (to the east of modern day Ulverstone) were fraught with problems. The soil was saline and substandard. He eventually moved to higher ground and was moderately successful remaining in the area until 1879 when he retired to Launceston. 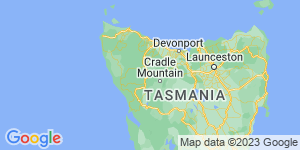