Murgon (including Goomeri and Cherbourg)
Rural service centre near to Cherbourg Aboriginal community.
The tiny township of Murgon, which is located 321 m above sea-level and 251 km north-west of Brisbane via the Burnett, D'Aguilar and Bruce Highways, can make few claims to the attention of the passing traveller: an historical museum, a median strip named in honour of Flo Bjelke-Petersen (Queensland's well-known pumpkin scone cook and wife of a former state premier), a sign announcing that it is the home of Australia's champion cheese, and that just about covers its appeal. So enamoured with the ex-Queensland Prime Minister (Joh Bjelke-Petersen) is the town that there was a time when it proudly announced 'Come to Murgon - Gateway to Joh's Country'.

Mundubbera
Pleasant country town which describes itself as the Citrus Capital of Queensland.
Located 390 km north-west of Brisbane and 124 m above sea-level the small, relatively modern township of Mundubbera is situated on the Burnett River and claims to be the Citrus Capital of Queensland, a fact it reinforces by having a 'Big Mandarin' (known sometimes as the Enormous Ellendale) to greet visitors who approach the town from the coast. The Big Mandarin is an entirely appropriate symbol as the area around Mundubbera produces over one third of Queensland's citrus fruit and boasts the largest single citrus orchard in the Southern Hemisphere.

Gayndah
Service centre in Queensland's premier orange growing area.
Gayndah is a pleasant rural township located on the Burnett River 366 km northwest of Brisbane, 144 km west of Maryborough and 104 m above sea level. It lies at the heart of Queensland's citrus area and proudly claims to be 'The Orange Capital of Queensland'. This claim to fame is given some added weight by the huge 'Big Orange' at the end of town.

Kingaroy (including Bunya Mountains)
Australia's peanut capital.
Kingaroy is a rather pleasant, middle-sized town which proudly boasts that it is both the 'Peanut Capital of Australia' and the 'Baked Bean Capital of Australia'. For a time it was one of Australia's best known country towns. The reason: It is the home of Sir Johannes Bjelke-Petersen, long time Premier of Queensland, would-be aspirant Prime Minister in the 'Joh for PM' campaign, and one of the most controversial, frustrating and entertaining politicians of recent times. Love him or hate him the political scene changed when he departed. It is not surprising that his name appears everywhere. There's the Johannes Bjelke-Petersen Airport (which is conveniently located next to the property of the former premier) and the Bjelke-Petersen Research Station. And, if you want a memento of your brief visit to Bjelke-Petersen country, you can buy tea towels which combine a picture of Lady Flo with the recipe for her famous pumpkin s

Emerald
Prosperous country town servicing the surrounding region.
Emerald is located on the Nogoa River 263 km west of Rockhampton and 909 km from Brisbane (via Rockhampton). It is a typical thriving rural centre with a good sized TAFE college, a rural training college (in very pleasant surroundings), a large number of farm machinery sales outlets, a cotton gin, a huge irrigation dam and an airport. Established in 1879, it has slowly grown to be the major regional centre of the Central Highlands and the gateway to the Central Western district. The Capricorn hinterland contains the largest sapphire gemfields in the world.

Clermont
Quiet and attractive rural township near the beautiful Peak Ranges.
Clermont is a charming and substantial town on the gentle slopes above Sandy Creek and Hoods Lagoon. The town is located 106 km north of Emerald on the Gregory Highway and 760 km north of Brisbane.

Capella (including Tieri)
A town which services the surrounding coal mines and mixed agricultural area.
Capella is located on the Gregory Highway, 51 km north of Emerald, 241 km from Rockhampton and 705 km north of Brisbane. It is, by any conventional definition, a tiny township that exists because of the the local coal mines and the agricultural activity of the area, which includes the growing of a variety of grains (predominantly sorghum and wheat), sunflowers and beef cattle. It is also the headquarters for the Peak Downs Shire Council.

Biloela
Town in the heart of a rich mining and agricultural region.
Biloela is a rural service centre located 594 km north of Brisbane, 127 km from Gladstone and 173 metres above sea-level. Due to its location at the intersection of the Dawson and Burnett Highways, the town is well supplied with accommodation and eating facilities. 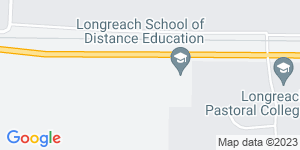