Robert Upe follows road trains and Aboriginal legend before settling into the comfort of a pearling town.

Awake to the dreaming

Australians are at last taking an interest in indigenous history and culture, writes Jane E. Fraser.

At home in my grass castle

Lee Atkinson is no horseman but this cattle station goes easy on the guests.

Being sensitive to your environment can lead to a world of travel options, writes Louise Southerden.

Halls Creek (including the Bungle Bungles and Wolfe Creek Crater)
Fascinating outback town which is now two separate townships
Halls Creek is not the town it used to be. This is true both literally and metaphorically as, in 1948, the town was physically removed from its original site to its present location. Thus, like so many towns in the Kimberley, there are two Halls Creeks. In 1948 the town began its movement from Old Halls Creek (15 km away) to the present site. This process continued until the old township was finally abandoned in 1954. The reasons for the change of location were a combination of lack of water (people in the town still marvel at how the old timers managed to survive at the old settlement) and a re–routing of the main Derby-Kununurra Road to avoid winding through the hills around the old town.

Lake Argyle Village
Small town beside a spectacular artificial desert lake.
The Lake Argyle Village is now nothing more than a largely disused construction camp, a hotel-motel, a camping site and a few houses on the edge of one of the most beautiful dams in Australia. The fact that the dam is also Australia's largest with an area of 741 sq. km seems irrelevant when compared to the beauty of the surrounding countryside. Located 70 km from Kunnunurra and 1127 km from Broome, Lake Argyle is only a few kilometres west of the Northern Territory border.

Derby
Wild and unusual outback town in the Kimberley
Derby, like so many town in northern Western Australia, knows that it is surrounded by a seemingly endless vastness and consequently it has no conscience about sprawling in every direction. Located 2354 km north of Perth and 236 km from Broome, it is a town without a clearly defined centre. The locals refer to Clarendon Street as the town's main street. However, Loch Street, which runs adjacent to Clarendon Street, is not only more attractive but also has the Police Station and Post Office in it. It is this kind of indecision which gives the settlement a special casual charm. Who really cares if the town has a main street?

Fitzroy Crossing (including Noonkanbah, Tunnel Creek and Windjana Gorge)
Fascinating destination in the wilds of the Kimberley
Located 2686 km north of Perth, 258 km from Derby and 110 metres above sea level, Fitzroy Crossing is one of those places which sprung up for a single very good reason. It was a suitable place to cross the huge Fitzroy River which, during the wet season, was capable of stranding travellers for weeks. Once a decent bridge was built the town's raison d'etre vanished. It is now a small, predominantly Aboriginal settlement, on the banks of the Fitzroy River with very little to commend it to the visitor apart from the beautiful Geikie Gorge which lies 15 km to the north of the town and the unusual Tunnel Creek and Windjana Gorge which lie 63 km and 95 km, respectively, from the town on the alternative Derby-Fitzroy Road.

Remote and beautiful, the Kimberley region in northwest Australia is one of the last untouched wildernesses in the world. Covering 423,000 square kilometres in Western Australia, the Kimberley is a land filled with spectacular rock formations, incredible waterfalls and fascinating Aboriginal history. The region is increasingly becoming a 'bucket list' destination for Australians - add it to yours. 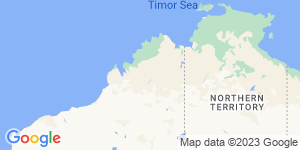 Remote and beautiful, the Kimberley region in northwest Australia is one of the last untouched wildernesses in the world. Covering 423,000 square kilometres in Western Australia, the Kimberley is a land filled with spectacular rock formations, incredible waterfalls and fascinating Aboriginal history. The region is increasingly becoming a 'bucket list' destination for Australians - add it to yours.