This gentle Aussie train journey leads to an extreme adventure

Not everything on Tasmania's West Coast Wilderness Railway has to be gentle.

There is a reason this was the only Australian property featured on the world's "Extraordinary Places to Stay" list.

Strathgordon
Old dam construction village near the Gordon Power Station
Located 366 m above sea level and 161 km from Hobart on the edge of the vast South West National Park, Strathgordon was originally built in 1969 as a construction village for workers on the HEC damming projects which drowned both Lake Pedder (one of the natural wonders of Tasmania's south west) and Lake Gordon. Between them Lake Pedder and Lake Gordon cover more than 500 sq. km and hold 27 times the volume of water in Sydney Harbour.

Renison Bell
Tin mining ghost town on the western coast of Tasmania
Located 15 km from Zeehan and 294 km from Hobart, Renison Bell is now nothing more than a few derelict buildings, an interesting historic walk and the fans which provide air to the underground mine which operates a few kilometres away towards Rosebery. It was a tin mining centre and was named after George Renison Bell, an early prospector and settler who explored the Tasmanian west coast and discovered a number of mineral deposits. Tin was discovered in the area around 1890 and there was a small flurry of activity with alluvial tin being mined. Mechanical processes began around 1905 but the deposits were exhausted by 1922.

Off the grid so close to home

Mike Van Niekerk goes off the grid and knee-deep into the Tasmanian wilderness.

Press on regardless, Granny

Sam Vincent finds artisan apple ciders are coming out of sheds and into cellar doors in response to demand from drinkers. 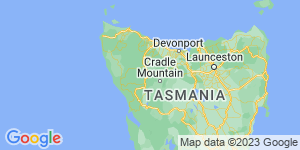